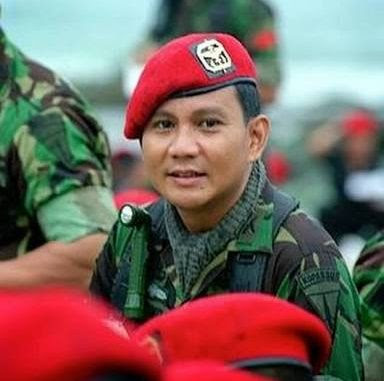 36 STRATEGIES OF ANCIENT CHINA (OVERVIEW)
"The Thirty-Six Strategies" is a a Chinese collection of 36 proverbs commented as militaristic tactics. Often attributed to Sun Tzu, this is generally rejected by scholars since Sun Tzu lived during the Spring and Autumn Period of China, while most of the 36 proverbs postdate that. It is believed by many to have been written by Zhuge Liang of the Three Kingdoms period.
Chapter 1 - Winning StrategiesStrategy 1 "瞒天过海" - Deceive the sky to cross the ocean.

Strategy 4 "以逸待劳" - Make your enemy tire himself out while conserving energy.

Strategy 5 "趁火打劫" - Use the opportunity of fire to rob others. (Loot a burning house.)

Strategy 6 "声东击西" - Feign an attack in the east and attack in the west. Chapter 2 - Enemy Dealing StrategiesStrategy 7 "无中生有" - Create something from nothing.
Strategy 8 "暗渡陈仓" - Secretly utilize the Chen Chang passage. (Repair the highway to take the crude path.) e.g., the Allied invasion of Normandy and the Pas de Calais deception.
Strategy 9 "隔岸观火" - Watch the fires burning across the river.
Strategy 10 "笑里藏刀" - Knife sheathed in a smile.
Strategy 11 "李代桃僵" - Plum tree sacrifices for the peach tree. (Sacrifice the silver to keep the gold.)
Strategy 12 "顺手牵羊" - Stealing a goat along the way (Take the opportunity to pilfer a goat.)

Chapter 3 - Attacking StrategiesStrategy 13 "打草惊蛇" - Startle the snake by hitting the grass around it.
Strategy 14 "借尸还魂" - Borrow another's corpse to resurrect the soul. (Raise a corpse from the dead.)
Strategy 15 "调虎离山" - Entice the tiger to leave its mountain lair.
Strategy 16 "欲擒姑纵" - In order to capture, one must let loose.
Strategy 17 "抛砖引玉" - Tossing out a brick to get a jade
Strategy 18 "擒贼擒王" - Defeat the enemy by capturing their chief.

Chapter 5 - Proximate StrategiesStrategy 25 "偷梁换柱" - Replace the beams with rotten timbers.
Strategy 26 "指桑骂槐" - Point at the mulberry and curse the locust.
Strategy 27 "假痴不癫" - Pretend to be a pig in order to eat the tiger. (Play dumb.)
Strategy 28 "上屋抽梯" - Remove the ladder when the enemy has ascended to the roof (Cross the river and destroy the bridge.)
Strategy 29 "树上开花" - Deck the tree with false blossoms.
Strategy 30 "反客为主" - Make the host and the guest exchange places.

Chapter 6 - Defeat StrategiesStrategy 31 "美人计" - The beauty trap. (The tender trap, use a woman to ensnare a man.)
Strategy 32 "空城计" - Empty fort. (Mental trap, empty a fort to make enemy think it is filled with traps.)
Strategy 33 "反间计" - Let the enemy's spy sow discord in the enemy camp. (Use enemy's own spy to spread false information.)
Strategy 34 "苦肉计" - Inflict injury on one's self to win the enemy's trust. (Fall into a trap; become baited.)
Strategy 35 "连环计" - Chain together the enemy's ships. (Never rely on but a single strategy.)
The 36th strategy "走为上" - Run away to fight another day.
Tidak ada komentar: