Stop stamping on our pride 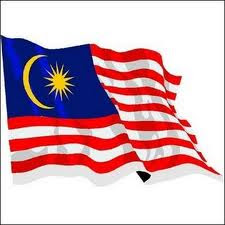 I SUPPOSE it is not wrong to agree with the sentiments of our Foreign Minister that we are certainly losing patience with our neighbour over the incidents and alleged threats voiced out during this holy month.
It seems to me that there is more than one organisation in Indonesia that is really out for blood when it comes to Malaysia. The slightest event or mistake in their eyes means we’re out.
Do they not realise that two million of their people have been living here, earning money, most of which is sent back to their hometown to help their families to live a better life.
Do they not know how many of their people here who claim to be working but end up being criminals instead? We have to endure all that because we understand and we don’t go blaming every Indonesian we find for the mistakes made by others.
For being a hospitable nation, a kind neighbour, this is what we get in return – our pride stamped on, humiliated and being called a variety of names by their people.
I do understand that this action does not reflect the sentiment of the majority but from what I saw on television, the number of unhappy people there is growing.
Their government asks us to ignore the group to protect the bilateral ties between the two countries but for how much longer. They didn’t take any action when the first campaign to “squash” us was echoed on their streets and now this.
How much longer are we supposed to tolerate this?
I wonder if the situation were reversed, could we tell their people and their government to just ignore what is going on. This problem needs to be nipped in the bud before it gets worse.
To my fellow countrymen, I think it’s time we hold back on our visits, tours and other activities to Indonesia. There is no point in supporting a nation’s economy whose people are out to sweep us while we’re there.
We have many other local or Asian destinations that we can go to.
To our government, it is time that we stand up to this and protect our nation’s pride. As a Malaysian, I cannot accept this action especially when we’re about to celebrate our National Day next week.
FRUSTRATED MALAYSIAN,
Kuala Lumpur.
http://pendek.in/01uss