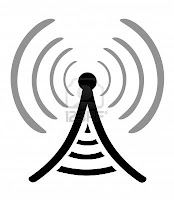 PT Batan Teknologi (Persero) - Batantek is foremost state-owned nuclear-based industrial company in Indonesia and operates as the first company in Indonesia that produced in a wide range of nuclear products, and providing services in nuclear technology application. Batanten provides various nuclear products, including elements of nuclear material, radiopharmaceutical, radioisotopes, and other related engineering services.  The Company opened for business in 1996 and operates as a 100% fully owned by the Government of Indonesia. The Company is based in Tangerang Banten with its main office is located in PUSPIPTEK area, Setu – Tangerang Selatan. In 2016, PT Batan Teknologi (Persero) expects to hold a initial public offering of its shares.

In line with its vision to become a prominent national company in nuclear industry in Asia, currently PT Batan Teknologi (Persero) invites the best candidates to join as position below:

Requirements:
Male, with max age 30 years old;
Min D3 majoring in Administration, Taxation, and Accounting from reputable universities with accredited min B (PTN), and min A (PTS);
Computer literate, including a worksheet and other required reports in Microsoft Excel, Microsoft Word, and orher accounting softares;
Honest, conscientious, disciplined, responsible, able to work hard and able to work in a team;
Have drive license (SIM A or SIM C);
Able to work independently;
Have a strong motivation to work;
Able to maintain the Company's confidentiality;

For further detail information about job requirements, please refer official source from PT Batan Teknologi (Persero) on following link below. If you match the profile and are interested in this exiting career opportunity, then please send your detailed CV not later than 14 December 2012 to following address below. Your application will be kept as strictly confidential. Please ensure your contact telephone number included in your CV. Only short-listed candidates will be invited for selection and interview.

"It's almost noon and the weather is a bit cold. It's a good time to go get lunch, isn't it? But whatever you do, stay tuned to RSPM radio, we are here with a mission of peace!" says Siti Maisaroh, 27, from a tiny radio studio.

While she was speaking, her hand moved around the panels of the makeshift radio mixing board.

"I like working at this radio station. I don't mind not getting paid because it is to bring peace to our community,"" the round-faced Siti said with a smile.

The concept behind the station might seem a little strange to many Jakartans, but for residents of Matraman RSPM is a messenger of peace that hopefully will defuse the prolonged feud between the residents of Palmeriam and Berlan neighborhoods.

The warring neighborhoods are located just across from each other along Jl. Matraman Raya, a busy business area in East Jakarta.

Do not expect a huge radio station with air-conditioned studio and high-tech equipment. Tucked away in a small alley off Jl. Kayu Manis Barat, the station's studio occupies a one-by-one-and-half-meter space inside the cramped living room of the house of M. Satiri, a local resident.

Brawls between residents of Palmeriam and Berlan go back as far as the 1950s, when Berlan was called Berenlaan and Palmeriam was Paal Meriam.

Berlan was known for its anak kolong, or Army brats, because the neighborhood was made up of Army barracks. While Palmeriam has long been known for producing hoodlums of the highest quality.

"Brawl" is probably too mild a word to describe the violence that has accompanied the feud, which has involved residents of all ages.

"In the past it was between the haves (Berlan) and the have-nots (Palmeriam), but now it is caused by social jealousy, hoodlums and drugs. Some places in this area have become drug-trafficking spots,"" Lutfi Kamal, subdistrict head of Kampung Melayu, said to a group of journalist during a workshop on conflict and diversity reporting organized recently by the Alliance of Independent Journalists and the Fredriech Ebert Stiftung foundation.

The Jakarta administration, the police and religious leaders have all taken steps to reconcile the residents, but to no avail.

A fence was erected along the median strip on Jl. Matraman Raya to separate the warring communities, but that did not work. Also proving ineffectual was the Matraman Residents Communication Forum, which was established in May 2000.

The violence grew so bad that at one point authorities were considering relocating the residents of one of the neighborhoods to Sumatra, but that idea was eventually nixed.

"We think the brawls are caused by a lack of communication between the two neighborhoods. A radio station is suitable for bridging this communication gap," M. Satiri, who is the radio's founder and managing director, said.

Satiri, along with other community leaders, set up the station, assembling the equipment and funding the station themselves.

There is nothing extraordinary about the station, which was launched at the end of 2000. It has not undertaken a rigorous campaign to promote peace, but simply opens its airwaves to residents from both neighborhoods.

"They can send songs and greetings to each other from the station. Apparently, they are happy with this," Satiri said, adding that the station broadcasts 24 hours a day, featuring popular Indonesian songs.

To request songs, listeners have to go to the radio station and fill out song request cards.
Gradually, the station has become a hangout for residents. Residents from the two warring sides have begun to mingle and get to know neighbors who used to be enemies.

RSPM also has a special program called Bursa Nada (Song Market), which runs from 9 p.m. to midnight with the goal of preventing brawls between teenagers.

"When they are at home, listening to the radio, they aren't going to be going out and picking a fight," Satiri said.

Peace message such as "Stop brawls for your future" and "Don't use drugs" are aired between the songs.

After the station was launched, gradual changes began to emerge in the area. Hardly any brawls have occurred, with only one or two minor incidents.

"If we aren't on the air for a few hours, people ring the studio and ask why," Satiri said.

Even so, the station still has to struggle to get legal permission from the government to officially be on the air.

"We only have a recommendation from the East Jakarta mayor and the police," Lutfi said.

Legal permission is crucial because as a community radio station, RSPM is open to raids by the government or complaint from commercial radio stations.

Another problem is finding the funding to run the station. At present, the station relies on selling song request cards for Rp 1,000 each to raise money.

Sometimes it runs ads from residents who want to promote their businesses. Residents also help the radio by donating money.

To make up any shortages, Satiri has to dig into his own pocket to fund the station.

"The station belongs to the community. We hope it can work in the long run to carry out its mission of peace," Satiri said.[thejakpost/fitri/mhr]
Tidak ada komentar: